New Delhi (India), Mar 10 (ANI): And they are engaged! Baseball shortstop Alex Rodriguez has finally put a ring on singer Jennifer Lopez.
Rodriguez and Lopez, who have been dating each other for a while now, decided to take their relationship a step forward and announced the big news via Instagram on Saturday.
Sharing a picture of Lopez (49) wearing the enormous sparkler as he held her hand, Rodriguez (43) wrote, “She said yes.” 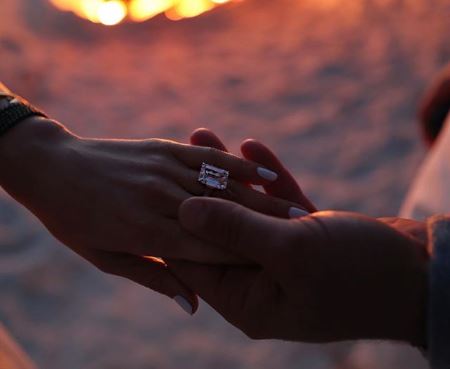 The ‘Love don’t cost a thing’ singer also shared the same picture on her profile and captioned it with eight black heart emojis, simple and sweet.
According to a report by People, Benny Medina, Lopez’s long-time manager, while confirming the news said, “They are on vacation and got engaged today.”
Rodriguez reportedly popped the big question during their getaway in the Bahamas.
This comes almost seven weeks after the couple marked their two-year anniversary on February 3.
“You make my world a more beautiful safe and stable place … in the midst of our ever-changing, ever moving life,” Lopez wrote in a heartfelt Instagram post.
The couple was first linked in March 2017 and have been going strong ever since.
In 2018, while accepting the Michael Jackson Video Vanguard award at the 2018 MTV Video Music Awards, Lopez had called the former MLB star her “Twin Sole’. (ANI)