NEW DELHI:
Facebook has launched its Groups Discover feature for users in India. The feature lets users browse through groups divided into 25 categories such as parenting, sports, food, buy & sell and more. Each topic page highlights the top suggested groups, based on popularity and group members that users might already know.

The groups are recommended to users on the basis of their location, interests or whether their Facebook friends are already members

Facebook’s Discover Groups tool will be rolled out to users as an update to both iOS and
Android apps of the social network, and is already available on the website. After US and UK, India is the third country where Facebook has rolled out this feature. Interestingly, the feature is not yet available on the Facebook Groups app. 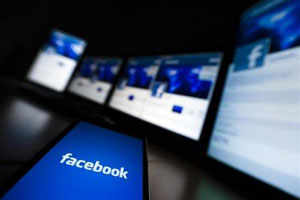 Your Facebook News Feed is set to change again

Facebook said Friday it is further automating its “trending” stories feature, a move that will scale back human input to prevent personal bias from influencing which stories get highlighted.

Facebook has also added some other features to its Groups. It now allows users to directly reply to specific comments. They can also drag-and-drop files for attaching them easily.

Global product manager for
Facebook Groups, Adit Vaidya said that Facebook Groups is an ad-free feature and the company has no intentions of monetizing it as of now. 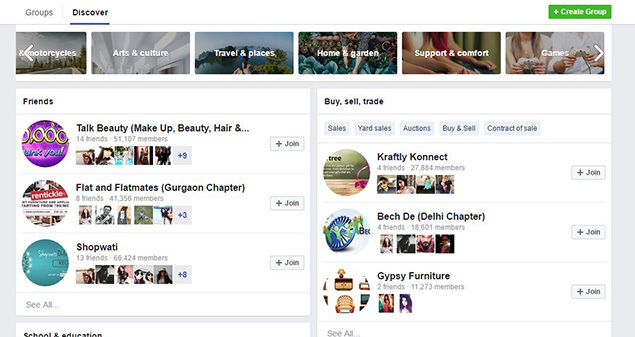 Facebook held a media conference in New Delhi, emphasizing how this feature is helping diverse groups of women across the country get in touch. Facebook also shared two very interesting stories of women groups, including a group of women that came together to crochet the world’s largest blanket.