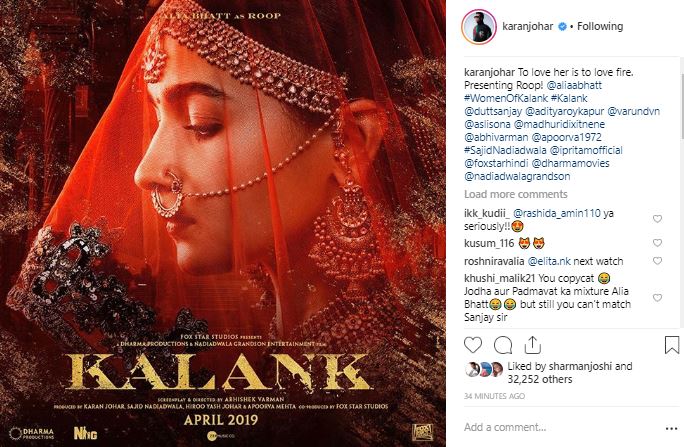 Makers of the film are successfully keeping the audience on their toes by unveiling the character posters one after another, leaving the fans asking for more.
Kalank is one of Karan’s most anticipated films of all times, considering it’s star-studded cast, which includes Varun Dhawan, Alia Bhatt, Madhuri Dixit, Sanjay Dutt, Sonakshi Sinha and Aditya Roy Kapur.
Karan on Wednesday shared an emotional note along with sharing the first look for his upcoming production ‘Kalank’ as well.
He tweeted the same and wrote that Zafar ‘flirts with life and danger.’
This will be Alia and Varun’s fourth collaboration after working together in blockbusters like ‘Student of the Year’, ‘Humpty Sharma Ki Dulhania’ and ‘Badrinath Ki Dulhania’.
The film is set to hit the big screens on April 19. (ANI)